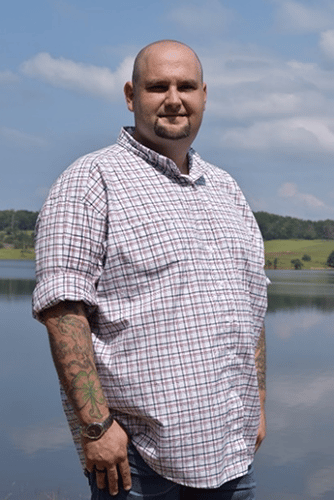 My journey began in January 2016 with ear pain. It took 7 months to discover my tumor. Finally, in August 2016, I had major surgery to my face to remove the tumor. When my pathology results came back, I was diagnosed with Stage 4 Salivary Duct Carcinoma. I was referred to a different hospital for 7 weeks of radiation. Three months after completing radiation, I was told the cancer had spread to my lungs and lymph nodes. My hospital had no proven options for me, so we made the decision to go to Houston, Texas. The first doctor we saw referred me to the clinical trial team, hoping they had some options. With the thought of death in the next year, I was willing to try anything. In April 2017, I was offered a test for NTRK gene fusions, which was positive. Within a couple of weeks, I was told that I was a candidate for a precision medicine clinical trial. I began treatment in May 2017.

My biggest issue through this journey has been trying to find something that might work. I went before three tumor boards of various reputable cancer centers, none of them knew of or at least did not offer me genomic testing until I got to Houston.

I am very grateful for the opportunity to be on the trial. For those who are experiencing rare or terminal cancers, my advice is: 1) find a great support system; 2) keep a positive attitude and 3) never give up and do not take no for an answer.

This site uses functional cookies and external scripts to improve your experience.

NOTE: These settings will only apply to the browser and device you are currently using.

These cookies are necessary for the website to function and cannot be switched off in our systems. They are usually only set in response to actions made by you which amount to a request for services, such as setting your privacy preferences, logging in or filling in forms. You can set your browser to block or alert you about these cookies, but if you do so, some parts of the site will not work. These cookies do not store any personal information.

These cookies are required for basic site functionality and are therefore always enabled. These include cookies that allow you to be remembered as you explore the site within a single session or, if you request, from session to session. They help make the shopping cart and checkout process possible as well as assist in security issues and conforming to regulations.